What Is Soundproofing? Video Transcript

This is music to me, to you, it’s probably noise. Reducing noise, or soundproofing, is a big deal these days. So what is soundproofing?

Most rooms have lots of places where noise will leak in. The door; windows; electrical outlets; air vents; and even ceiling light fixtures. Sound will leak in – and out – any openings in the walls, ceiling, or floor.

Fortunately, there are products that are great at sealing those sound leaks, including door seal kits, acoustic window inserts, and acoustical sealants.

Along with airborne noise, there’s another soundproofing problem – structure-borne noise, which is sound moving through walls, ceilings, and floors.

But – these structures are solid, right? How can sound move through a building? We’ll use a Newton’s Cradle to illustrate how sound energy can move through a seemingly solid wall.

It hits the next ball, and sends energy through each ball in line – the middle three don’t move much – then the energy reaches the last ball, and it moves almost as high as the first one. That represents sound energy transferring through solid structures.

To reduce that energy transfer, we can place damping materials, represented by this piece of rubber, between some parts of a building, for example, between the sheetrock and the framing.

With the damping material in place, the last ball doesn’t move nearly as far as it did without it. This is like soundproofing between two rooms by damping parts of the structure in between.

This Newton’s Cradle is the same, except we’ve changed the middle ball to a larger, heavier one. We’re also using the same rubber damper.

One ball has more mass, so this time, the last ball hardly moves. There’s less energy transfer through a structure with more mass.

To increase the mass of your walls, ceilings, and floors, use double- layered sheetrock, build thicker framing, and use heavier, denser building materials.

When it comes to the consumer experience in retail settings, acoustics play an essential role in regulating their spending and levels of satisfaction. The acoustical environment of a business can make or break a customer’s experience within the establishment and can have a direct effect upon their spending. Too much noise can have adverse consumer […]

In industrial settings, noise is not just unpleasant, it can be a major source of expense and lost productivity. Noise-induced hearing loss can lead to higher worker compensation claims and higher insurance costs. 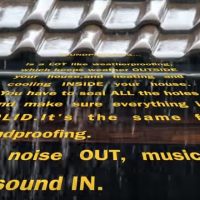 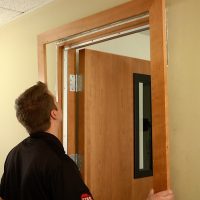 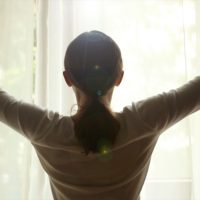 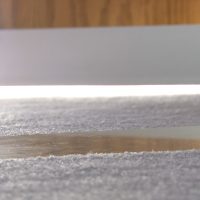