This is the first time in my life that I am compelled to write a testimonial.  No company/product but Acoustical Surfaces has served such an immediate and vital purpose and solved such an important problem for me.  Before explaining the details of my situation, I would like to state that Acoustical Surfaces is a company of integrity, with employees, especially Mr. Ted Weidman, who exhibit a rare quality in today’s business world—compassion; and that their soundproof panels, called EXT-BBC Panels, have exceeded in performance the expectations I had from studying the product.

I am thirty-eight years old, and have suffered with a migraine-headache condition for the last twenty years due to an auto accident.  While riding a bicycle, I was struck by an oversized pick-up truck and thrown onto the back of my head.  Since then no drug or treatment has been able to alleviate completely the recurrences.  Chemical odors and perfumes cause me migraines, but the biggest trigger for me, and one of my biggest fears, is sound—low frequencies, buzzing, and constant vibrations.  These sound waves have the potential to keep me in a state of constant pain.

In the middle of last winter, my fiancée and I finally found a home we wanted to buy.  We’d been searching for nearly three years.  The house was charming, affordable, and in perfect condition, with beautiful original woodwork, an open layout, a big backyard, new windows, roof, and electrical work, and close to where both of us work.  I asked the owner if there were any noise problems in the neighborhood, any mechanical sounds, motors, buzzing streetlights, loud businesses, etc.  She assured us that the neighborhood was quiet.  We went there at different times of the day and night to listen for ourselves.  The neighborhood is a mainly residential with a meatpacking plant about seventy-five yards away on the opposite side of the street.  We heard nothing out of the ordinary and decided to buy the home.

We had the bank closing at the end of winter and moved in the first day of spring.  We enjoyed the first two or three weeks until the weather started to break.  The last weeks of March were exceptionally cold.  Once the temperature warmed, an industrial-size three-fan refrigeration compressor along the wall of the meatpacking plant facing our house began to run almost all day and night.  The noise was so startling that at first I tried to deny it, block it out, hoping it would just stop.  I identified the problem and made an appointment to talk to the business owner.  He said that the plant had been in operation in that spot for many years.  I talked to other people in the neighborhood.  One neighbor said the sound made her sick every night.  Another neighbor said she needed sleeping pills or the sound kept her awake.

We had a sound expert measure the sound with an OSHA calibrated decibel reader.  The reading was 68 Decibels at the proper line, 2.4 times higher than the ordinance limit.  I learned that sound measurements increase exponentially and are similar to the way earthquakes are gauged.  Every ten decibels, no matter what the starting decibel, doubles the sound.  When the compressor was running, our windows shook and there was a constant, annoying low frequency buzzing.  I was suffering from regular migraines and had to sleep in the basement for weeks until the problem was solved.  The owner of the plant was receptive, but in no hurry to find a solution to the problem.  I began reading about other people’s sound issues on Internet and was lead to three different soundproofing companies.  After much study and time on the phone, I was immediately impressed by Mr. Ted Weidman’s method of investigation and logical steps toward a real solution.  I studied Acoustical Surfaces charts and graphs, and was hoping for the average results.  Mr. Weidman made no promises and actually downplayed his product to avoid disappointment from high expectations.  He was humble enough to acknowledge he could only do so much from such a distance.  He said that for him to predict specific results beforehand was not professional.

Mr. Weidman worked in conjunction with the fencing company I hired to install the fence.  He ordered photographs, made specific graphic illustrations, and 3-D models of the area around the compressor that needed to be enclosed.  He was also aware of the physics of that compressor’s sound, explaining how a major problem for us was the position of the plant’s back wall in relation to our house.  He said that the sound was amplified by a ricocheting effect.  He showed us that by covering the wall with the panel’s quilting, the sound would most likely be reduced another 5-7 decibels.  He worked within my budget and never tried to exploit my desperate situation.  He also researched the optimal dimensions needed for the compressor to run without overheating and allowed for one of the three fence sides to be left open for exhaust and sound release.

Mr. Weidman was patient, listening to my exasperation, offering hope, compassion, and quick results.  I have never met Mr. Ted Weidman in person, but I would be willing to help him in any way possible because of the character, honesty, and unselfish that he and his company exemplified throughout, what I consider, my ordeal.  My order, I’m sure, was not a very big one compared to soundproofing for large-scale manufacturing and highways, and he could have easily pushed it aside in favor of larger, more profitable accounts.  He didn’t, however, and dealt meticulously with our project until it was completed.  Mr. Weidman’s expertise in dealing with noise disturbances and his interpersonal skills lead to successful pre-installation, shipment, and installation.

There were no hitches at all with the fence crew and I even got to help install the panels.  Not only is the product state of the art and lightweight, it is super-easy to install.  Mr. Weidman enclosed a third set of drawings with the shipment and the EXT-BBC Panels were installed in the same manner as a child’s building block set.  The professional fence installers handled the installation of the chain-link fence that had to be resized for proper breathing room.  They also handled the drilling into the wall to put up the quilted soundproofing.  I aided them by using zip-ties to hook the panels securely to the fence.  The other guys bolted the fence into concrete supports in the ground.  I have sent Mr. Weidman photographs of the installation process.

The work was done in two phases.  The first phase, the resizing of the chain link fence, was done a few days before the soundproofing panels arrived.  The second phase was hanging the EXT-BBC Panels.  The entire time necessary to hang the panels with four men was less than three and a half hours.

From the moment the panels were in place, I was able to sleep—and not in the basement—without any noise interference at all from the meatpacking plant.  The shaking in the windows ceased, the walls no longer rattled, no more buzzing was audible.  The neighbors haven’t complained to me about the sound since.  Acoustical Surfaces saved that neighborhood from chronic noise pollution.  I made one mistake before buying the house, I didn’t talk to the neighbors—but I’m grateful I didn’t now because even though we suffered a few months of extreme discomfort, with the help of Mr. Ted Weidman and Acoustical Surfaces, we were able to alleviate a lot of suffering for people who were helpless to that compressor for many years.

The night we installed the panels, I waited until it was very late and quiet.  I went upstairs and opened the window facing the meatpacking plant.  I literally had to strain to hear a faint humming down the street, no louder than a simple air conditioner in a neighbor’s window.  It felt like magic, even though I knew it was the scientific expertise coupled with compassion of Acoustical Surfaces that solved the problem. 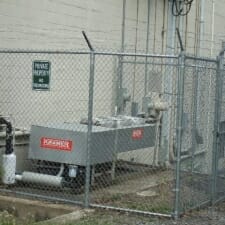 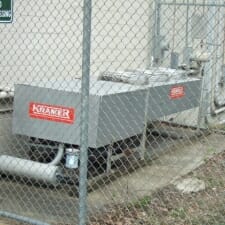 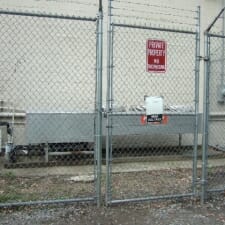 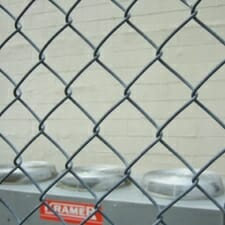 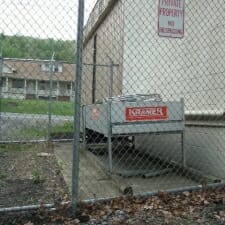 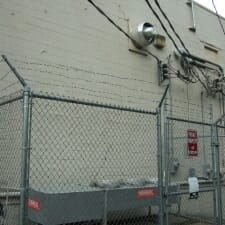 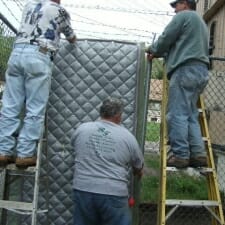 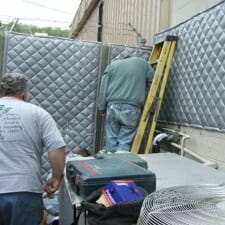 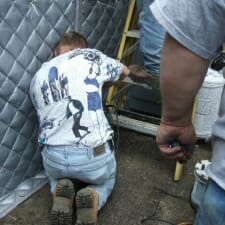 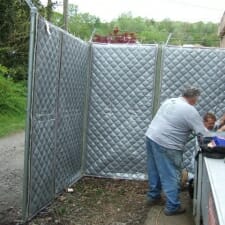 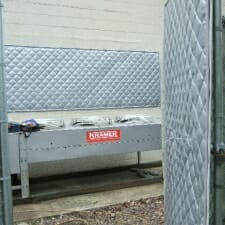 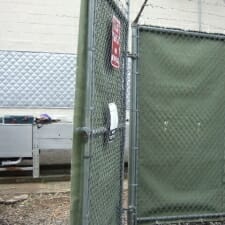 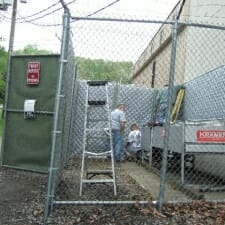 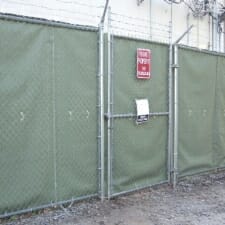 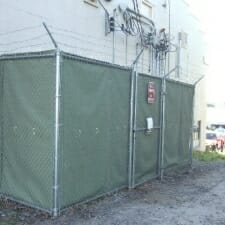