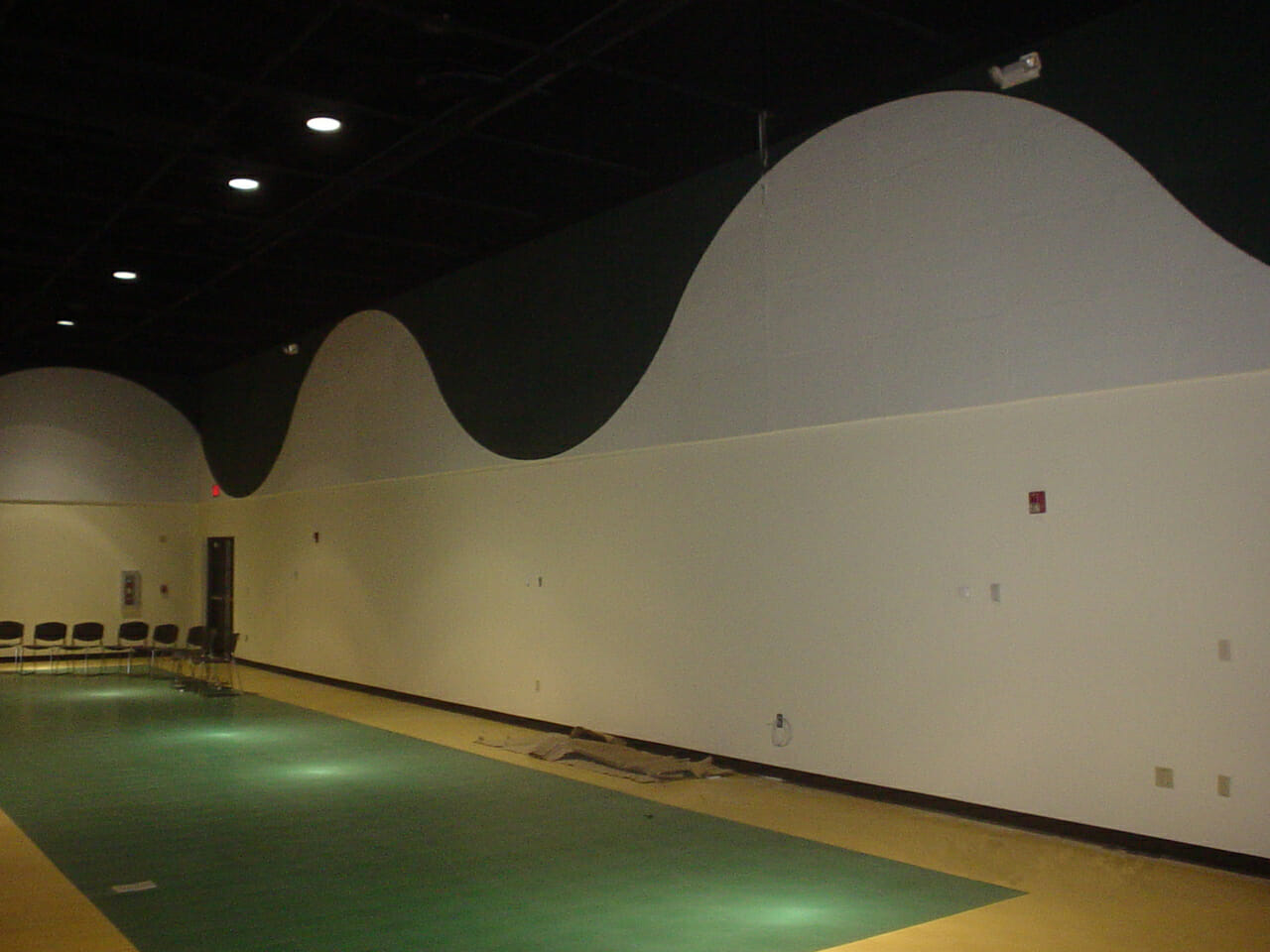 At first glance, the pattern above looks very simple.  The clean repeating wave and the highly contrasting colors do a very good job at hiding the complexity of the installation.  This project was not only one of the most challenging that I have ever been part of, but also one of the most rewarding.  The project went through many changes, revisions, and re-revisions; but in the end turned out to be a very unique and professional installation.  I was lucky enough to work with George and Carol Moerler, with George Moerler, Inc., in Miami, Florida who did a great job of working with me to fine-tune the design and make this job actually happen.

Acoustical Surfaces Echo Eliminator panels were specified on the walls of the Nova Middle school’s multi purpose room.  Because this room would be used for general school uses, productions and meetings, it was foreseen that acoustical panels were going needed.  The first proposed installation showed the Echo Eliminator panels adhered to the walls which would then be field sprayed by a painter would mask off and spray the curved line over the cotton surface.  Because I was aware of the limitations as well as the aesthetic of painted Echo Eliminator, I was very nervous as to the outcome of the project – both visually as well as acoustically.  If the paint was applied too thick, the sound would bounce off of the paint rather than being absorbed by the cotton.  After discussing the limitations of the cotton with the architect, the cotton panels were nearly removed from the job, and the project sat for nearly a year.

The school wanted the wave pattern to be green and white which are the school colors.  At the time of the first design, there were only a few colors of the Echo Eliminator available.  As the project was on hold, we here at Acoustical Surfaces expanded our color selection of the Echo Eliminator which included a dark, hunter-green.  After seeing the green, I sent color samples to the architect who then presented it to the school.  The school accepted the green color, and the project came alive again.

After seeing the wave pattern that was on the drawings, I quickly noticed a significant problem with the geometry of the pattern.  The curved line did not have any consistency with relationship to where it crossed the horizontal and vertical edges of the panels. How would anyone be able to cut these panels in the field and have them fit together to appear seamless?  Something had to be done to make the pattern by using standardized panels which could be mass-produced and exactly the same.

To standardize the wave and simplify the project, I got out a few pieces of grid paper and started sketching.  I saw no way around increasing the overall height of the pattern (from three panels to four) so that the center line intersected two panels at the corners. 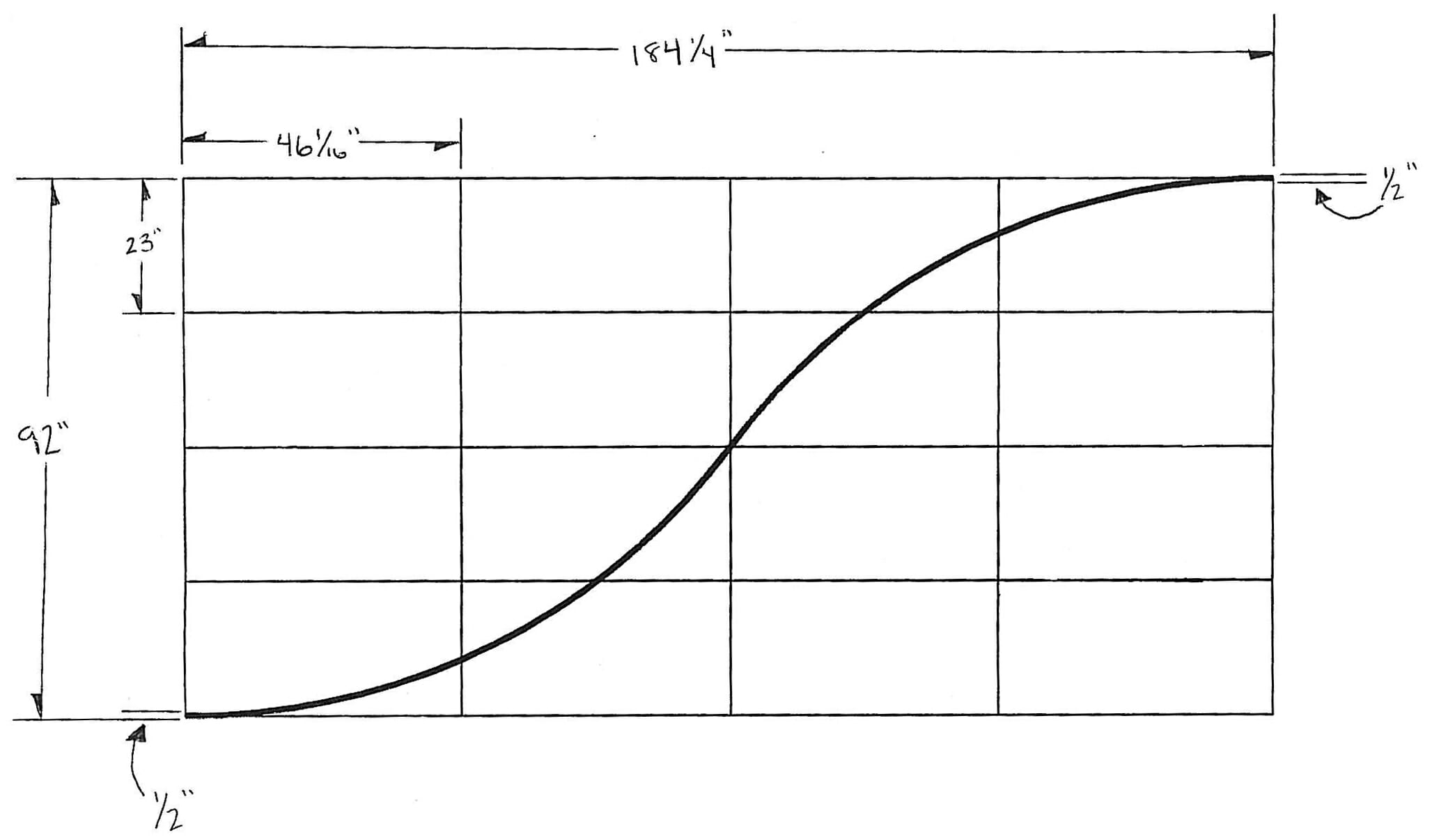 To accomplish this half-wave, four dies could be made and be flip-flopped and would match perfectly.  Because our die cutter can not cut exactly to the edges of the 24” x 48” panel, one-half inch was taken off of all sides of each of the panels.  Also, because sharp points could not be created with the cotton, the bottom and top of the curve would come one-half inch short of the edge of the panel.

All was starting to take shape, but the installer, George Moerler presented another thing to consider.  The end user required that the wave pattern be installed as an un-interrupted pattern all the way around the gym.  In order to accomplish this, George’s installers had to take very precise measurements, and subtract twelve inches from the overall length – four inches for each inside corner.  This increased both the complexity of the job as well as the changes of something going wrong.  George Moerler did the math, and decided that if each panel were 46 1/16” wide, the wave would end where it started. 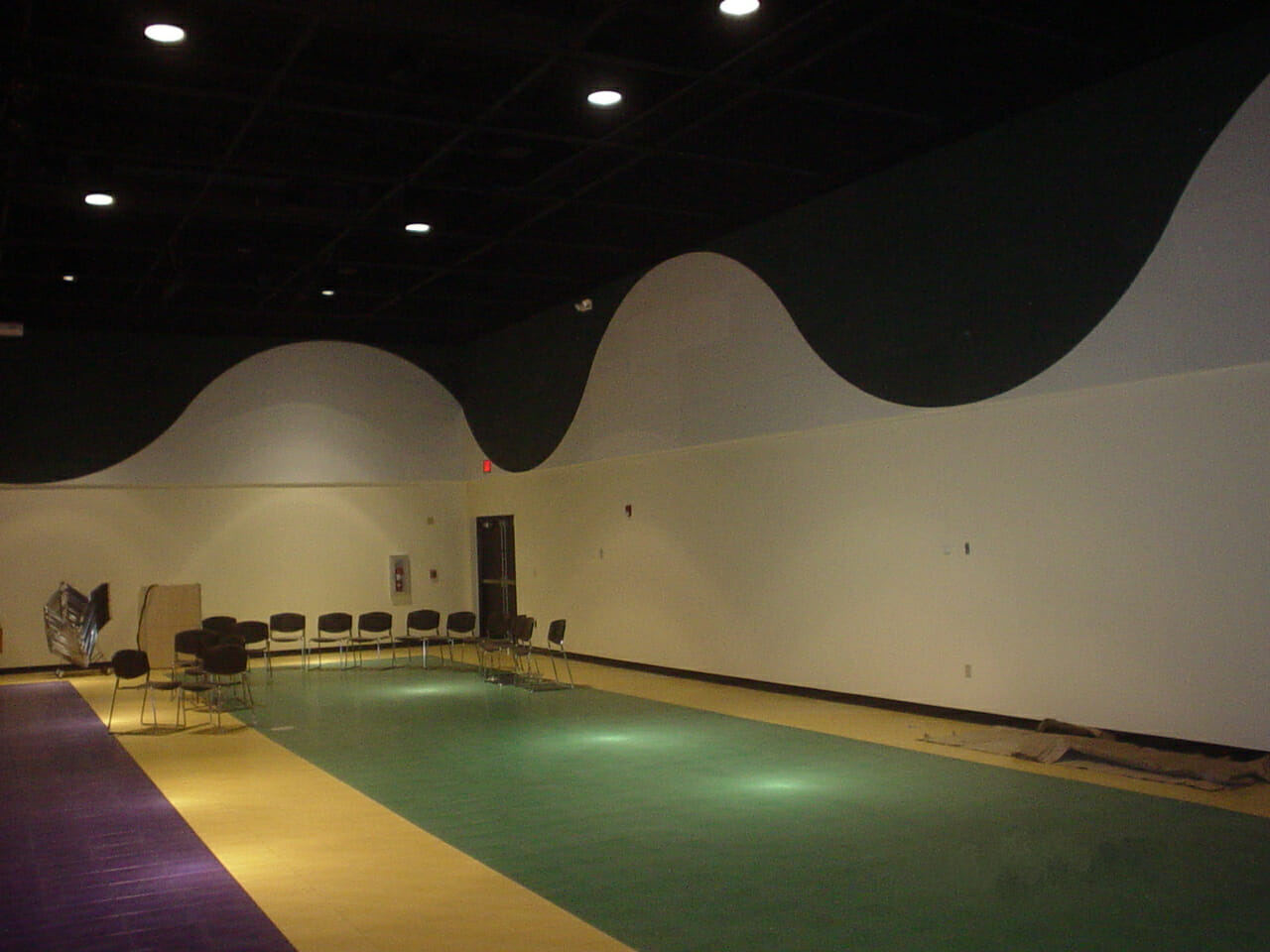 When all was said and done, only one other problem was brought to light (no pun intended).  Because of slight die lot variations as well as the grain of the cotton as it is manufactured, color variations in the white panels became apparent.  I was aware of die lot variations, and had all of the green panels shipped from the same die lot run, but because we have the tightest color tolerance with the white panes, I didn’t worry about it.  The installers reported that if they set two panels next to each other with their sides touching they looked fine.  It was not until they got the panels on the wall that the color difference was noticed.  Because the lighting points directly down the wall, the difference in color becomes noticeable.  There is no way that I could have known about the lighting situation while the project was being designed, but it will be considered for any similar future job. 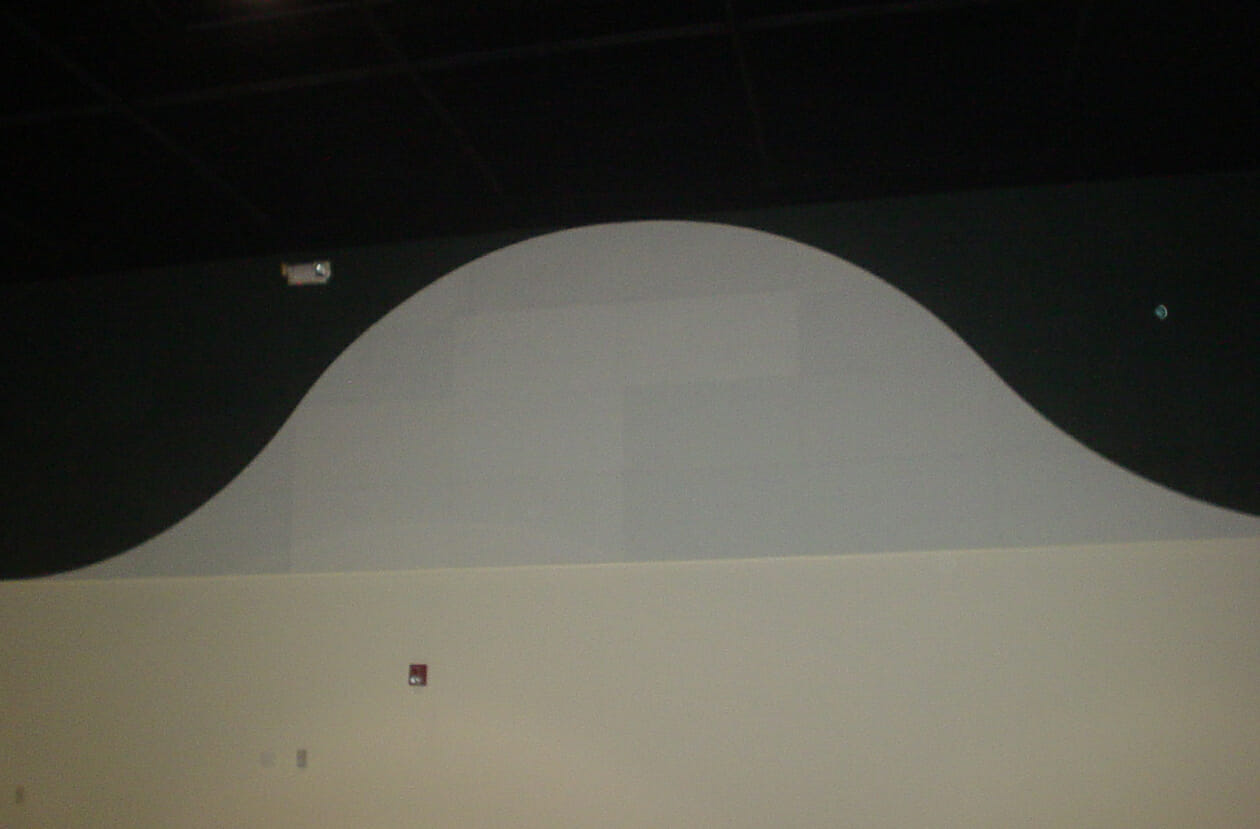 The end result is a very smooth, clean looking wave that is, in fact, un-interrupted as it travels around the room.  A lot was learned during this process, but in the end the quality of the installation and the end look was definitely worth it.  I have not yet heard from the customer or the specifying architect as to the impact of the panels from an acoustical standpoint, but I can only assume that there is very little reverberation in the room.  The 2” thick Echo Eliminator panels have an NRC of 1.15, and in this case, a significant square footage was installed.

Please contact Ted Weidman at Acoustical Surfaces, Inc with any questions regarding this installation.  800-448-0121 (ext. 25) or [email protected] 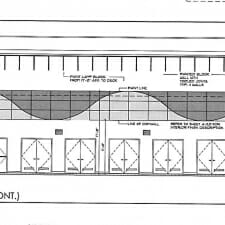 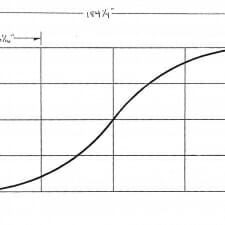 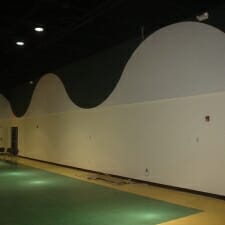 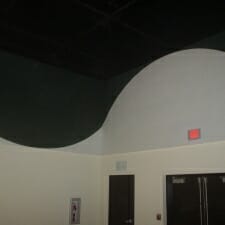 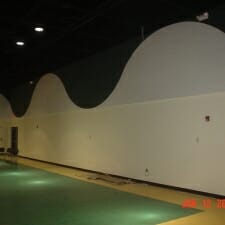 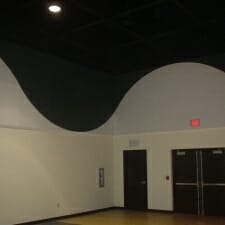 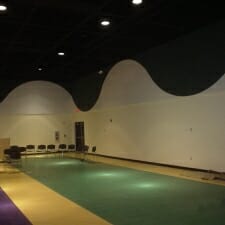 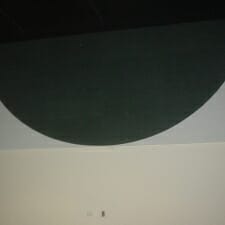 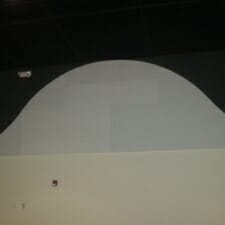