The ‘Long View’ of Sound

There’s a moment early in the movie “Men In Black” – after a big green alien has raised “all his hands and flippers” (and was then blasted into goo) – where a tired-out Agent D says to Agent K “They’re beautiful, aren’t they?”

And D says “The stars. We never just – look anymore.” 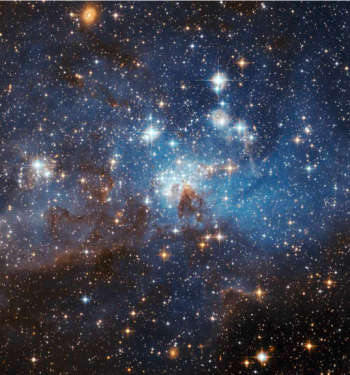 I’m in the sound business, so I don’t worry much about blasting alien creatures into goo – but I can relate to Agent D’s statement, though about sound, not the stars. I tend to lose my “long view” of sound because I’m continually focusing on the technical aspects of a sound, not the beauty of sounds themselves – laughter, a nicely-played acoustic guitar, an espresso machine finishing a cappuccino – these are all intrinsically lovely (especially the coffee machine early in the morning).

Because my work is listening “critically” to sound, including how a room interacts with that sound, for me, leaning back and just listening – as a simple emotional experience – doesn’t happen as often as it should.

I’ve found, and you might have, too, that good acoustic environments allow me to more easily lose myself in the long view of sound, to more naturally enjoy my sense of hearing without thinking about it. Few of us contemplate the sonic damage done by lousy acoustical spaces, which separate us from “an enveloping sound experience” – marketing-speak for “simply listening”.  The acoustic signature of the space in which we’re listening, with all the room flaws imposed on the original sound, can easily pull us away from the emotional pleasure of sound itself, even if we don’t know anything about the bad acoustics causing the issue.

Humans have highly-developed hearing systems which have evolved over millennia to be able to quickly discern danger. Our hearing is especially sensitive to directional information (“which way should I run?”), based on timing differences between our two ears. Because stereo (two-channel) sound depends greatly on timing information between the two stereo speakers to create the illusion of 3-dimensional space (and reality), speakers and acoustics that disrupt our natural ability to accurately hear timing, or “phase”, have a destructive effect on how well we receive emotional cues from sound and music. Closely relating room acoustics and a “long view of sound” might seem like a stretch, but my experience has proven to me that it’s a very important part of fully enjoying sound.

If you think about something while trying to enjoy it, you’re probably enjoying it less… in bad-sounding rooms, much less. Ultimately, it’s why acoustically-oriented people do what we do – everyone deserves to hear sound clearly, without room problems, as much as possible. To that end, Acoustical Surfaces stays current with scientific and manufacturing technologies, offering acoustical products that will greatly improve the sound of nearly any space. Whether you need to improve the sound of a home theater, a corporate meeting room, or a commercial facility, our sales and support team knows the best products to enable hearing sound clearly. The stars are beautiful, as Agent D said, and so is listening to sound in rooms with good acoustics.