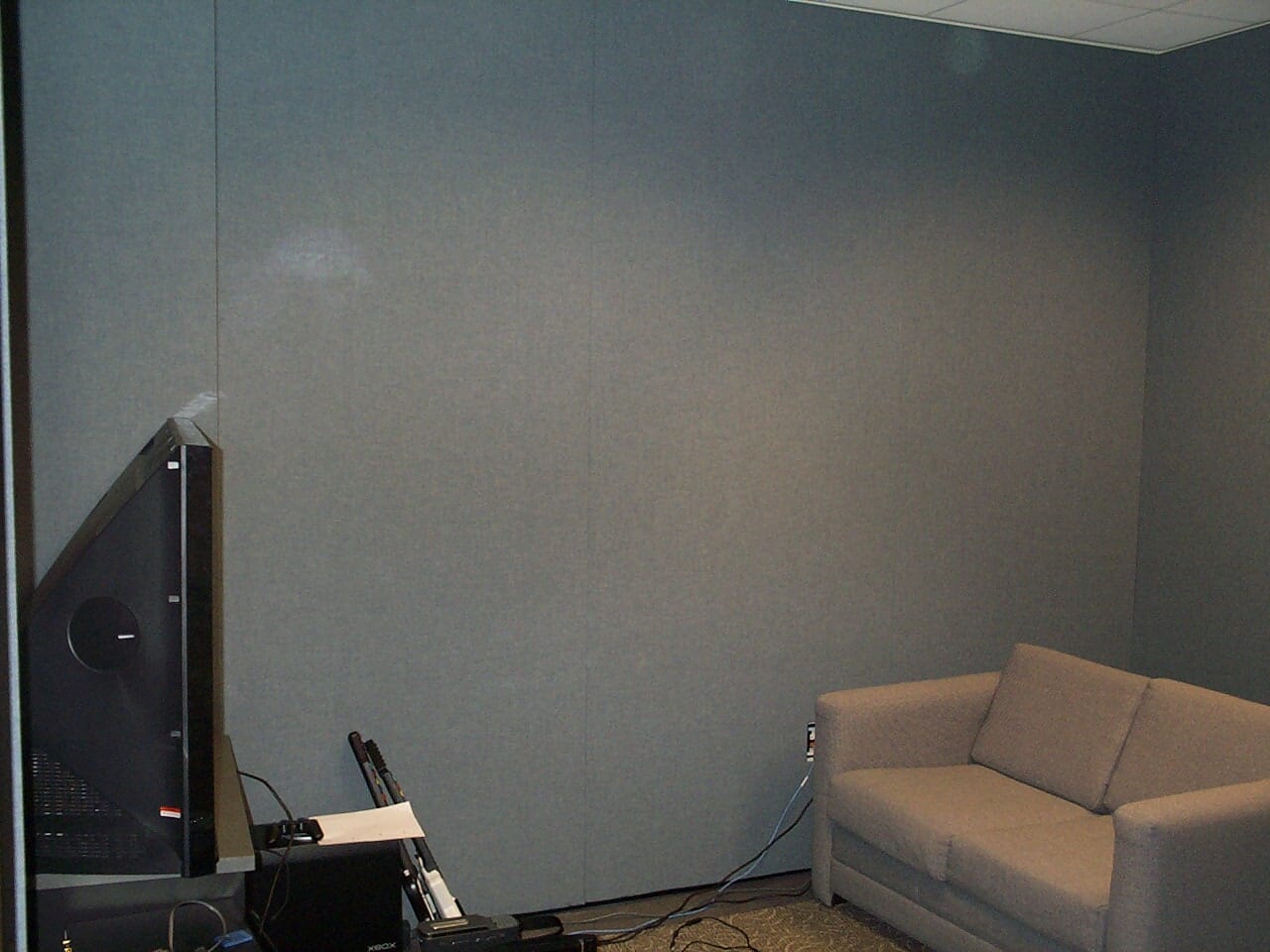 P.C. World facilitated a video game testing room with recording studio quality acoustics.  This is the second project that I have done for P.C. World and the report is that the panels in both rooms work very well.  The goal for this installation was to absorb the reflective sounds inside of the room as well as keep the sound from leaving the room.

Wrapping a room with hand made acoustical panels is not exactly “easy”, but this installation is nearly as straight-forward as they can get.  Additionally it is very similar to the Podcast room that had been treated a few months earlier.  We used the same fabric wrapped fiberglass panels as well as the vinyl backed fiberglass panels as we did before. 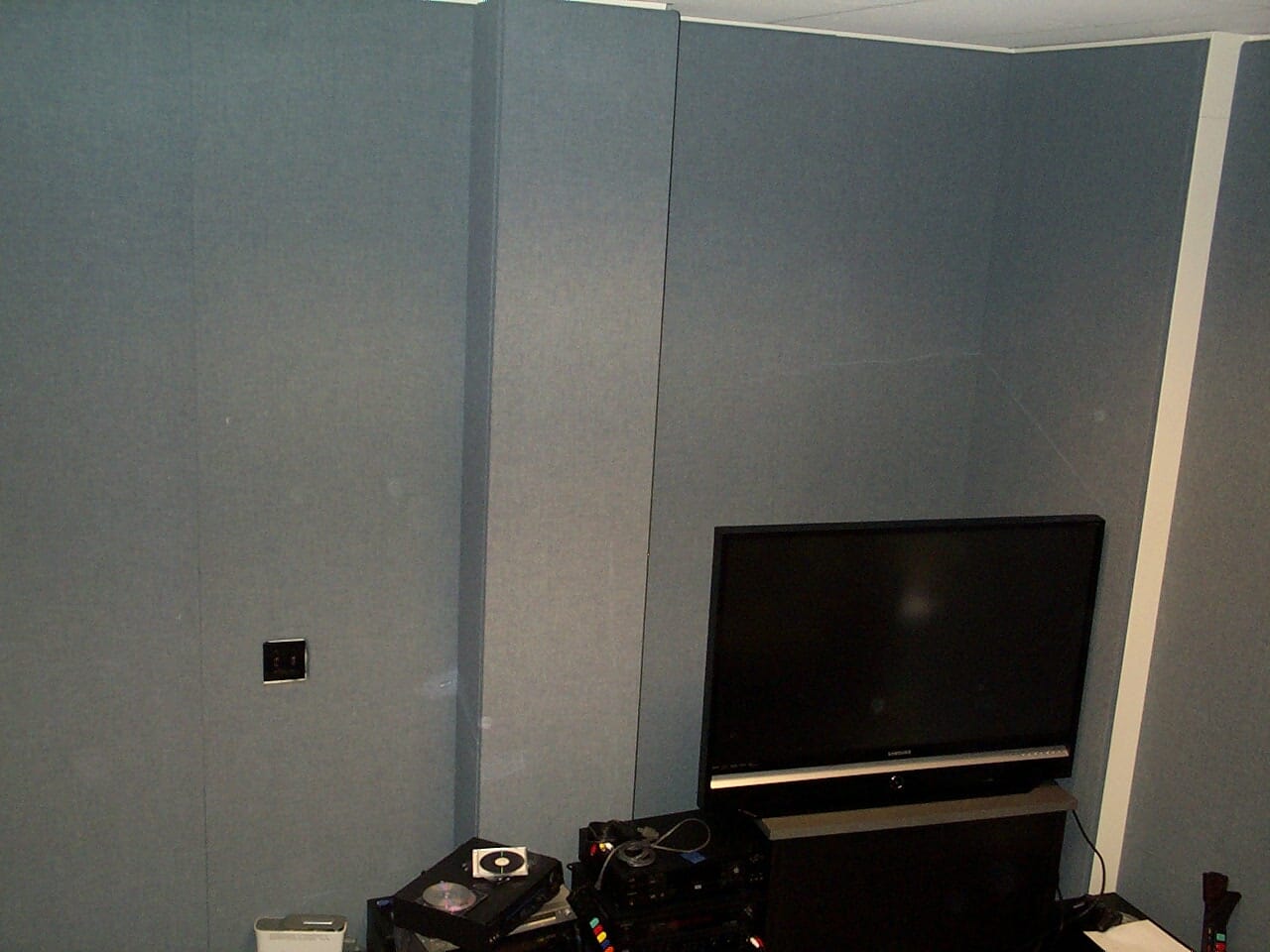 After Peter sent me a sketch layout of the room with measurements, we put together a quote for panels fabricated specifically for the video game room.  Because our panels can only be as good as the measurements provided by the customers, Peter and I worked together to make sure that they were spot-on.  The only area that was not treated was a small three-inch strip of wall number two, as well as the area over the door.  The only difference between this installation and the last was the pillar that protruded into the room.  We had the “cap” panel for the pillar cut two inches longer than the pillar itself so that it met up with the one-inch thick panels on the sides of the pillar. 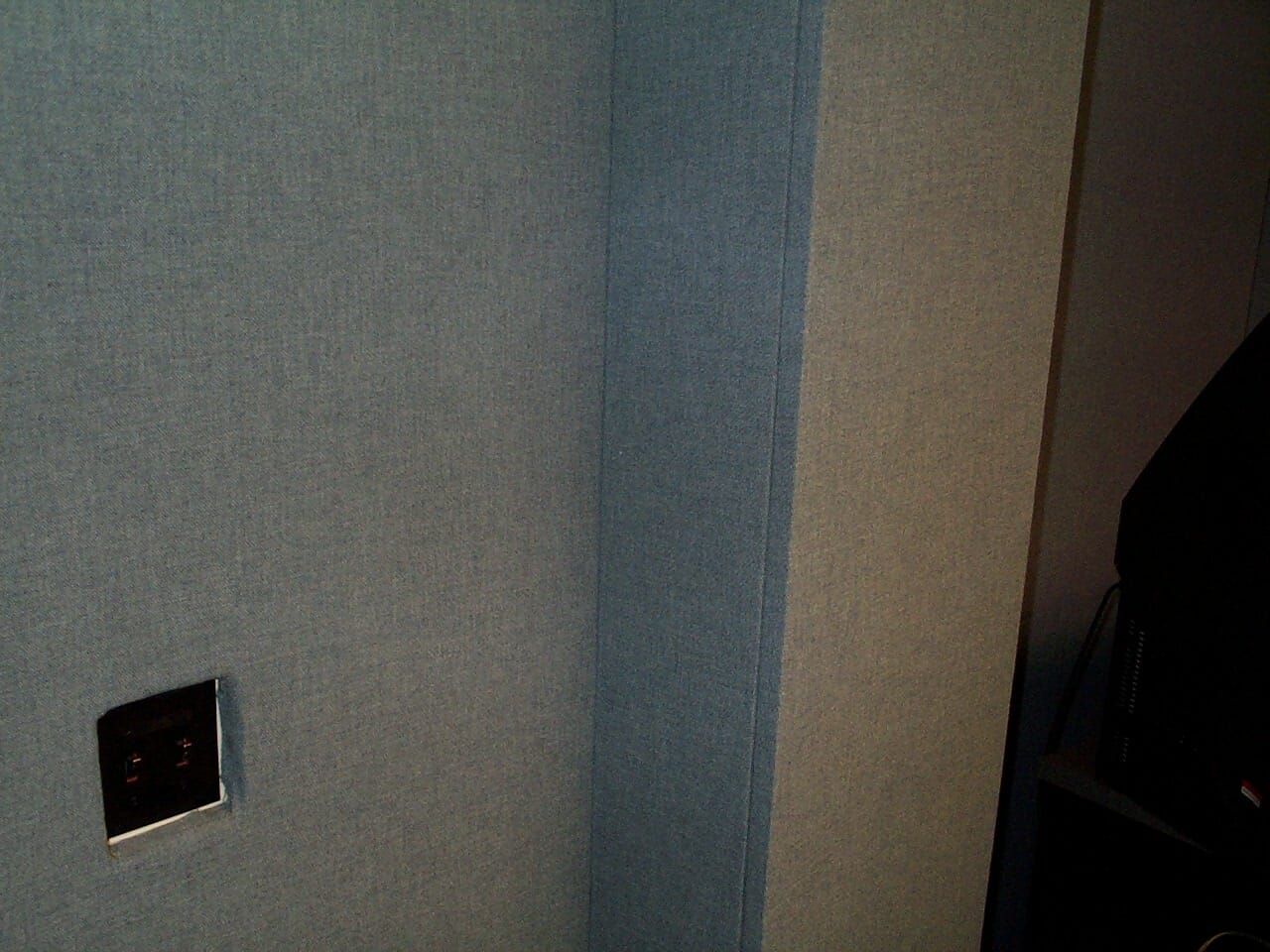 The end result is that the sound of the video games can not be heard in the waiting room or the reception area which are the two closest locations.  However, If someone is standing right outside of the room, it can be heard faintly.  From the beginning, I advised Peter that the lower (bass) frequencies would be the most noticeable simply because of the difficulty of stopping that type of sound wave.  The customer is happy with the performance as well as with the aesthetic of the panels. 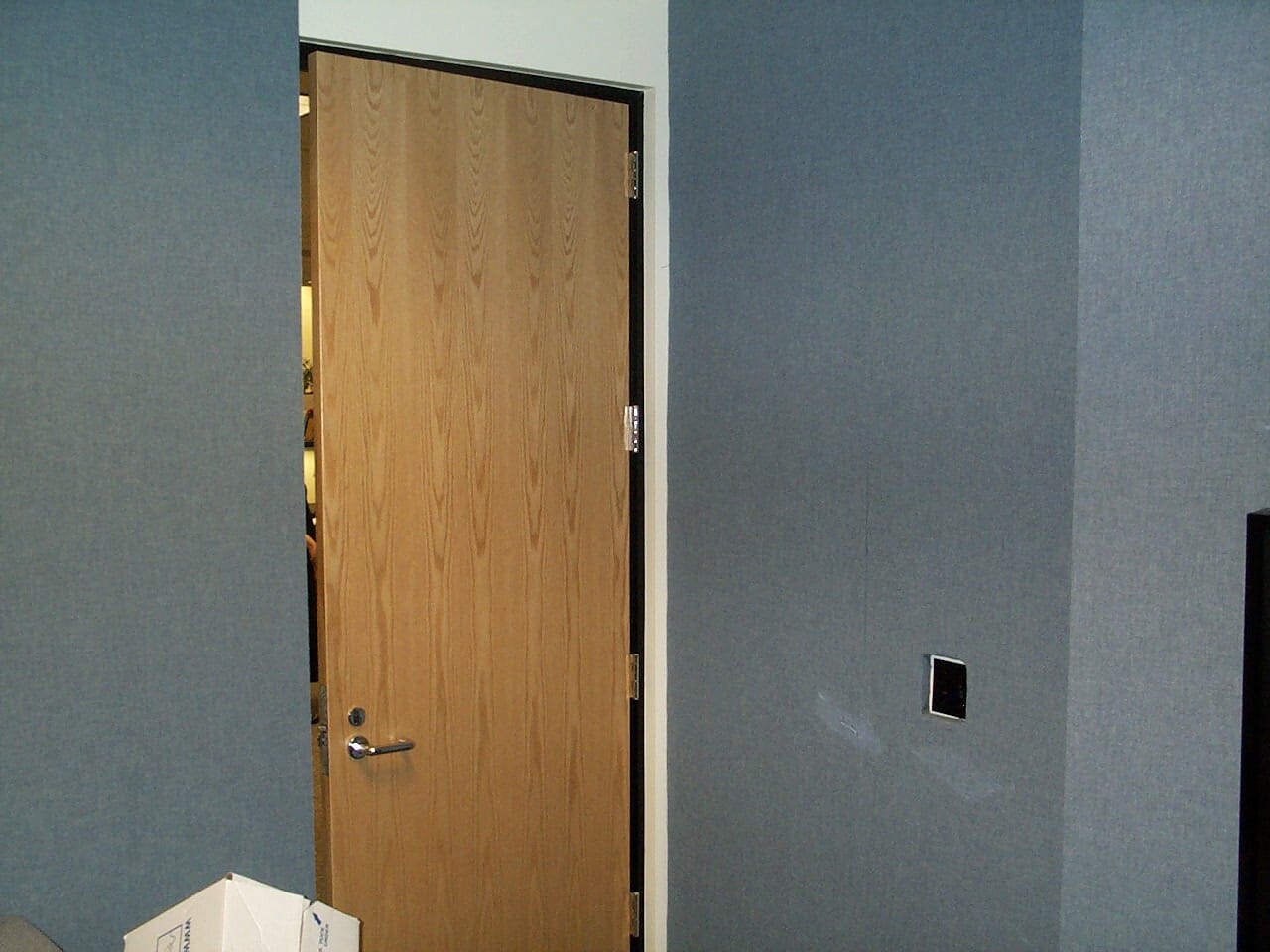 If you have any questions about this installation, please feel free to contact Ted Weidman at 800.448.0121, or [email protected] 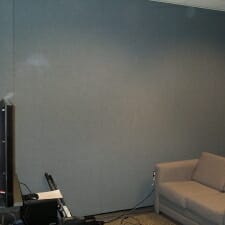 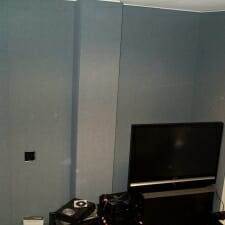 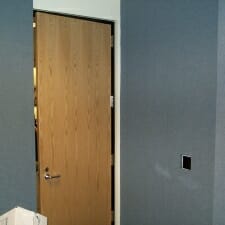 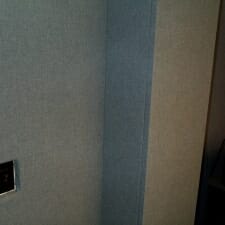 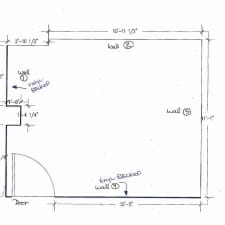