I get calls every once in a while from people who own a dance studio and report a severe echo problems severe enough that the students can not understand the words spoken by the instructor.  If you think about it, this is a major problem for an educational setting where people are supposed to be learning how to dance.  In most (if not all studios) you are going to find a very nice wood floor, sheetrock walls with a bunch of large mirrors, sheetrock walls and either a painted metal roof deck or a sheetrock ceiling.  Almost all studios are very large rooms with very tall vaulted ceilings.  No dance studio is complete without some kind of music so one will inevitably find a powerful stereo system or boom-box and a pile of CD’s (or an iPod if the instructor is hip).

In October of 2007, I received a call from a very nice woman named Robin.  Robin owns a dance studio in Sequim Washington, and fortunately for her, business was booming.  She had full classes and a very busy schedule.  Unfortunately, with the overhead of opening a new business, finances were understandably tight and she found herself in an interesting position.  With full classes and classrooms made up of all hard surfaces like those described above, she had students and parents complaining of the classrooms being extremely loud.  She had to decide weather to spend some money and fix the acoustical problem or loose students because the space had such a bad echo problem that everyone left with a horrible headache.  Clearly, something needed to be done, and the solution had to be as cost effective as possible.

After hearing about the position that Robin was in, it quickly became apparent to me that the Echo Eliminator wall panel was going to be the product most likely to fix the problem while not breaking the bank.  Because the Echo Eliminator is a panel made from recycled cotton fiber, it is one of the most cost effective panels on the market.  It is also incredibly absorptive and comes in nine different colors.  Unfortunately, it is not really considered one of the most “decorative” panels on the market, but if it is installed on the walls toward the ceiling, it really doesn’t matter if it can fix a problem and fit within the budget for the project.

Robin and I talked a little bit about her options for paneling to install and after providing her with ballpark pricing as well as product samples, it was decided that she was going to install the Echo Eliminator panels.  We discussed the difference between the 1” and 2” options and it was decided that due to budget restrictions, that the 1” was the best value, so we proceeded with that.  The 2” product does have a better response with low frequency (bass) absorption, but it is slightly more expensive.

Robin was looking to treat two rooms – one was 1000 s/f, and the other was 800 square feet.  Each has a 14’ painted sheetrock ceiling.  Based on the volume of each room, I was able to offer some advice as to how many panels she would likely need in each room to adequately reduce the echo and reverberation in each.  To determine the quantity per room, I multiplied the cubic volume of the room by 3% (.03) to come up with the approximate square footage needed in that room.  For all practical purposes, this square footage can be installed anywhere in the room and have the same affect as if it were anywhere else in the room, but for this installation, it was decided to install the panels in the corners of the room to get as much low-frequency absorption as possible because low frequencies are stronger in the corners of rooms.  Robin purchased 95 (2’x4’) panels of our 1” Thick White Echo Eliminator and we got them on the way via UPS ground.

After the panels were installed and Robin was able to have classes in each room again, she reported that they made a drastic improvement in the sound quality and a great reduction of the echo.  The instructors are able to play their music at a lower volume and the students are still able to hear it as well as the spoken instruction of their teachers. She states “They have helped significantly.  We had so much echo in the dance rooms that everyone was covering their ears.  No one even mentions the noise since we put up the panels.”

If you have any questions about this installation or if you have a similar acoustical problem and want to discuss the details with me, please feel to contact Ted Weidman at [email protected] or 800-527-6253. 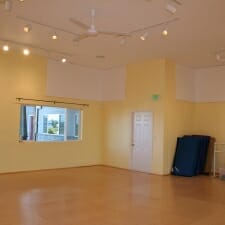 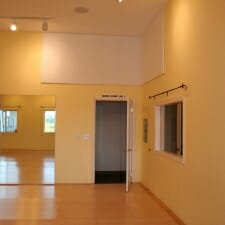 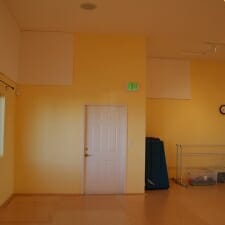 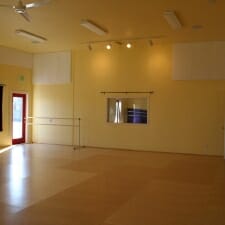 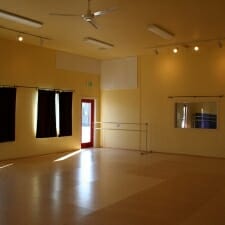 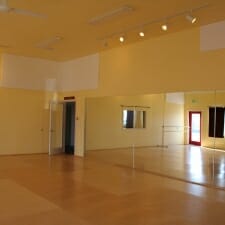